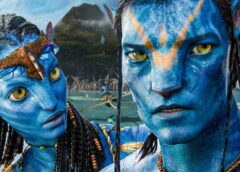 Avatar 2 has already been working on the development of their film for a while, when they were finally able to resume filming. Now they reveal new images of Pandora.

From New Zealand, where the filming of Avatar 2, one of the biggest and most anticipated blockbusters in recent film history, has already resumed; We receive new images from the filming sets where its director, James Cameron, supervises every detail of the set. "Since filming the sequels: James Cameron studies the set of the biology lab before starting the day of filming," reads the caption of the shared image. "And here a larger plane of the laboratory."

And a wide shot of the lab: pic.twitter.com/asec9R2jfj

The official Twitter account of the saga was once again in charge of releasing the images, as it did with the new submarines, the human vehicles and Kate Winslet in the aquatic sequences. The image that comes to us this time seems to correspond to the scientific facilities of the RDA, that is, the human biology laboratory in Pandora in search of the conquest of a new territory to populate. It is one of the few snapshots that have been shared of human locations, since until now the promotion of Avatar 2 was focusing on the world of the Na’vi.

In a second Tweet, the production shows us an almost overhead plan of the set, where the facilities seem to have been built on a full scale. We know that James Cameron is willing to reinvent cinema, technology and special effects with Avatar 2, but without giving up the practical effects, the real settings that infuse the sequences and performances with authenticity. The budget currently managed by the franchise would be one billion dollars for the four films, that is, about 250 million per sequel.

But when do the movies arrive?