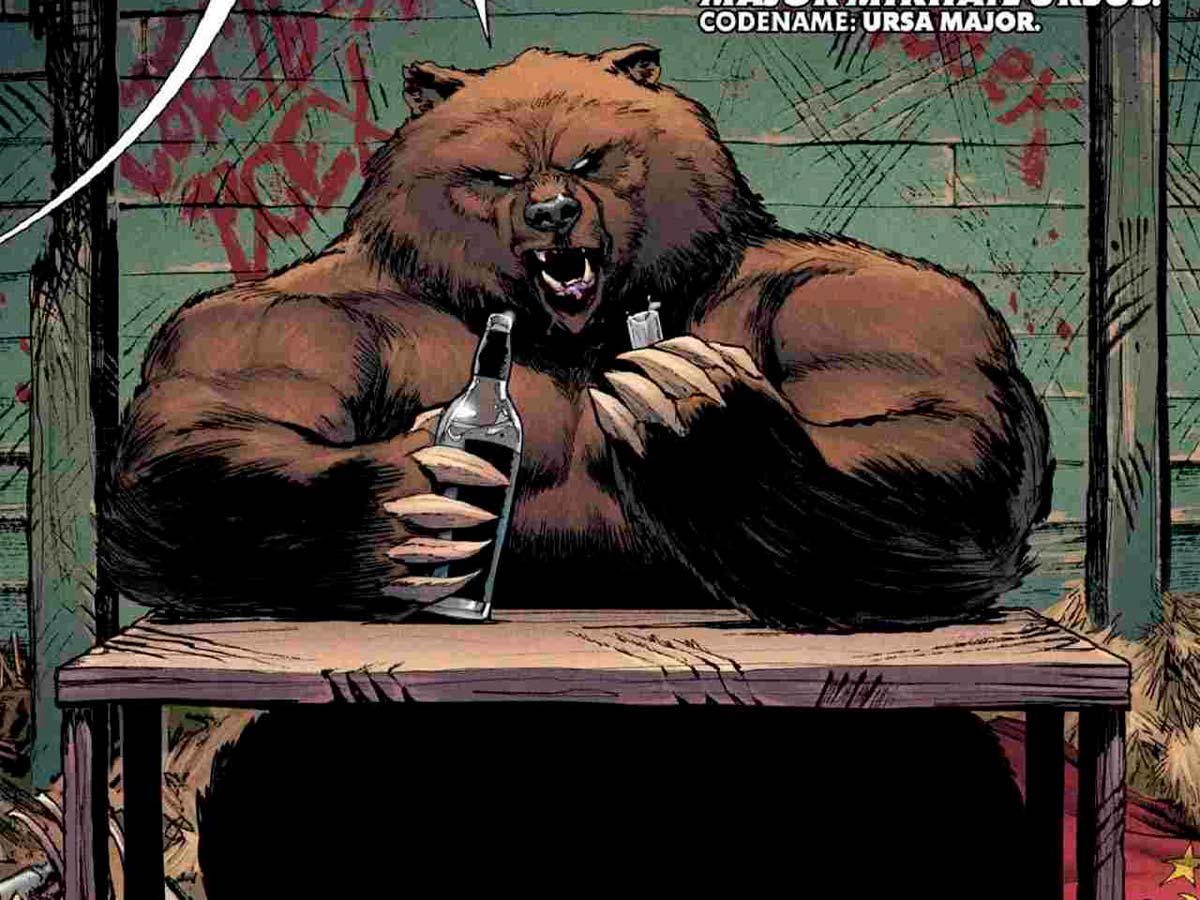 Olivier Richters, actor who appears in Black Widow, has confirmed through his intagram account that his character is indeed Ursa Major, the member of the Winter Guard who can transform into a bear. This makes him the MCU's first mutant!

When Nat (Scarlett Johansson) and Yelena (Florence Pugh) decide to get Alexi Shostakov (David Harbor) out of the Russian prison where he is locked up in Black Widow, moments before Nat makes contact with Alexi we see the Red Guardian confronting the inmates in a pulse challenge to see who is stronger, in the end he faces a huge guy who accuses him of lying about the story he is telling that he faced Captain America in the 80s, telling him that in that Cap was still frozen at the time, so he ends up with his broken wrist, this character was known as Ursa, and was played by Olivier Richters, an actor who has now confirmed that his character is indeed Ursa Major.

“The Dutch Giant” shared an Instagram post making it very clear that he played the winter guard member who has the mutant ability to transform into a huge bear in the comics. We don't get to see this transformation in the movie, but Richters believes that this officially makes his character the first mutant to appear in the MCU.

"Marvel Black Widow is out," Richters captioned in his post. “After two years, I can finally say who my character is: Ursa Major 🐻: the first mutant (X-Men) to appear in the Marvel Cinematic Universe (SWIPE photos). Ursa is part of the Winter Guard, known for being the Russian answer to the Avengers. His power transforms him into an incredible bear, which transcends the size of the Hulk. Ursa appears many times in the comics fighting against Wolverine and Hulk ”.

“When the production on set told me who I really was in Black Widow, I left a few tears in my hotel room, because my movie dream came true: to be an official comic book superhero. I can only hope that Marvel gets Ursa back in her full form. "

Technically, he's right, but just because the comic book version of Major is a mutant, it doesn't mean this big-screen version of the character is!

Curiously, Marvel Studios has already introduced us to two members of the Russian response to the Avengers in Black Widow, since the Red Guardian was also part of the team, and in one of the moments of the film Yelena calls him Crimson Dynamo for angering Alexi (the Russian answer to the Iron Man armor), perhaps the rest of him was also in the same prison as Alexi and Ursa even though they weren't introduced. So it would not be surprising if in the future Marvel Studios decides to do something with the Red Guardian, we see him with his old team reunited.

Would you like a movie with the winter guard?