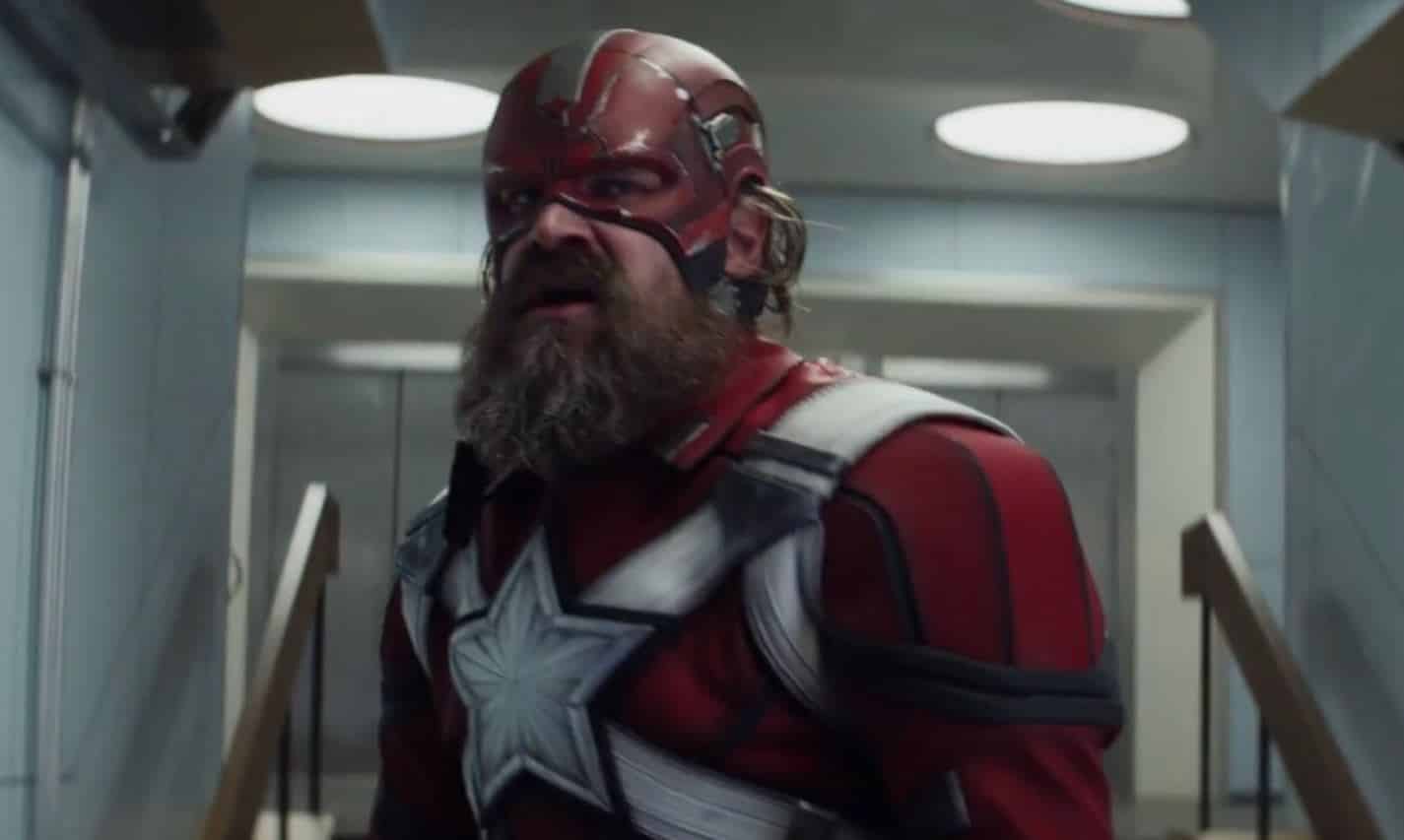 In Black Widow, Alexei, a character played by David Harbor, talks about his times as Red Guardian, and his confrontation with ... (spoilers)

Black Widow star David Harbor says there might be some truth to Alexei Shostakov's little battles about his confrontation with Captain America, from a certain point of view. As the Red Guardian, the Soviet Union's first and only super soldier, Alexei boasts of a fight with Captain America (Chris Evans) that he claims happened in 1983 or 1984. But the first Avenger was on ice from 1945 to 2011 , and Alexei breaks the wrist of a Russian gulag prisoner in a pulse when he accuses him of lying about his struggle during the Cold War era with his "great adversary" in the "theater of geopolitical conflict", reminding him precisely of the data that Cap was frozen in ice at that time.

"I will say they are absolutely true, 100 percent," Harbor told Inverse when asked about Alexei's war stories. “Part of the funny thing about Alexei is that I wasn't interested in reality. He doesn't even know he's lying. "

After being incarcerated by Dreykov (Ray Winstone) and spending decades in prison, Black Widow catches up with a Red Guardian who had passed his prime in 2016. When he reunites with his adopted daughters Natasha Romanoff (Scarlett Johansson) and Yelena Belova (Florence Pugh), can't help but talk about himself, and about the time he pushed Captain America out of a window, escaping his fight with the superhero crashed by some nuclear codes.

"Sometimes, as an actor, I will have to know reality because I will know (if) the character is lying," Harbor said. "But Alexei just believes this to be true."

Director Cate Shortland hasn't revealed if there was ever a confrontation between Captain America and the Red Guardian that doesn't align with the MCU timeline, and agrees with Harbor that Alexei believes their stories to be true.

"There is one thing, conspiracy, where people actually believe their lies to such an extent that even when faced with reality, they cannot process it," Harbor explained. “It doesn't make sense (to them). I think Alexei is very similar. Live this reality completely independent of what other people have seen or heard ”.

Alexei's story as told in Black Widow may not be true, but the actor hopes to return to the MCU and potentially fight his adversary from the comics.

“The funny thing about Alexei is that you have this 25-year gap that we don't know about. We see it in Ohio (in 1995) and in prison (in 2016). And even before prison, there was a time when he was the Red Guardian, he must have put the suit back on. There is a period of time when you have all these stories about your life. It is questionable whether they are real or not, ”Harbor said during a Black Widow news conference in June. “I think the Cold War classic is a really fun dynamic between these two guys and the fact that they came up as nuclear warheads as in an arms race together. I think it's a great concept that could be explored further. "

Perhaps in this sense the Red Guardian may not have lied in his stories, and the character really believes he has faced Cap, but what if he had faced another super soldier in the Captain America suit? Thanks to Falcon and the Winter Soldier, we know that there were several attempts to create super soldiers by the United States, we met Isaiah Bradley, a character with whom they successfully recreated the formula and locked up in prison to experiment with him. At this point there may be more subjects, Bruce Banner himself worked for the government in search of a successful serum.

Black Widow is already in theaters and on Disney + with premium access. You can subscribe in this link.