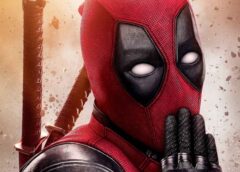 In Marvel Studios it is not very clear how to add Deadpool in its Cinematic Universe and this is causing the first problems.

When Disney bought FOX, characters like the X Men Y The Fantastic Four they returned to Marvel studios. But instead of starting to use them, they are taking it easy and there are still no concrete plans for their return to the cinema. Although it is clear that they will restart all, except one. Is about Deadpool / Wade Wilson that will be interpreted by Ryan reynolds. But for now it seems that it is not so clear how to use it.

Currently the most powerful person in Marvel studios and from Hollywood is Kevin Feige. He has been one of the great architects of the entire Cinematic Universe that has destroyed the box office of the whole world. With 23 films, this saga is the benchmark of the superhero genre. And if Kevin Feige distinguished himself for something, it is for having a very well formed story. Since since Hombre de Hierro (2008) the Avengers were mentioned, then they were reunited and separated, while giving the first clues of the Infinity Stones and showing small details of Thanos, to culminate everything in the most epic battle of all time. But with Deadpool the thing is not so clear.

Wade Wilson is without a doubt the most different character of all.

According to the new information, Kevin Feige does not want to do Deadpool 3. Mainly because he is not a huge fan of the character and does not see how he can fit into the established order of the Cinematic Universe of Marvel studios. Since you think that Wade wilson it will cause problems with the current continuity and the story being told.

With the ability to break the fourth wall, it must be recognized that Deadpool not that it fits perfectly with the Avengers, but that may be an advantage rather than a disadvantage. Since they can do very different things, instead of repeating the same formula over and over again. If they play with the multiverse and above Loki travel through space time in his own series, introduce Deadpool It should be pretty straightforward. Something that fans have been waiting for for a long time.