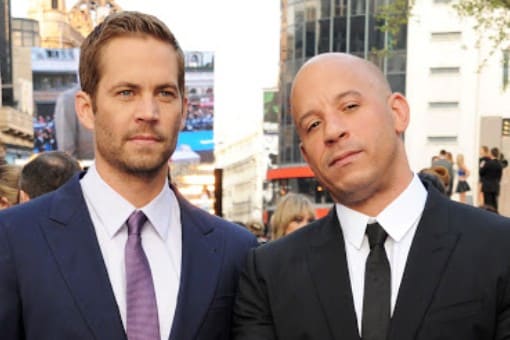 Although the ninth installment has yet to hit theaters, Vin Diesel has already announced that Fast and Furious 10 will fulfill a promise he made to the late Paul Walker, his friend and partner in the series.

It is certainly not a secret that Vin Diesel and Paul walker they were like brothers, on and off the screen. For them filming these films was like being at home, and so Vin Diesel has told it during a recent interview. Via Use Todayconfirmed that Walker "always liked the fact that more films were made, and that we thought about the next ones before they were even announced." Therefore, he said that Fast and furious 10 the next installment of the favorite saga from fans of racing cars and squeaky tires He will keep a promise he made to his friend.

Talking about the saga and particularly about Fast and furious 10, Vin Diesel He recounted: “I told him we would make ten movies and he said 'what? It is impossible". However, that night we talked and I promised him that I would take him to that point, it may not mean anything to someone else, but for me it is the promise I made to my brother, and I would like to honor him with it ”. We remember that this promise does not sound far-fetched, since the studio has already set a tenth installment, so it seems that it will be able to achieve its goal.

There's a lot to look forward to

Despite the pretty words of Vin Diesel, we still have to see first the ninth adventure of the saga before moving on to Fast and Furious 10. This ninth film will not arrive until May of next year since Universal decided to delay it due to the coronavirus, despite the fact that the actor had previously said that this would not happen. However, we have already had a first trailer and several promotional posters showing what we can expect from Fast & Furious 9.

Plans Vin Diesel and the director Justin lin They are to make up to 11 films of the saga, Fast and furious 10 will premiere on April 7, 2023. Proving that this action franchise is still very popular, since during this time of pandemic it has managed to raise 681 million dollars. A figure that is above Black widow, The Suicide Squad or Godzilla vs Kong.