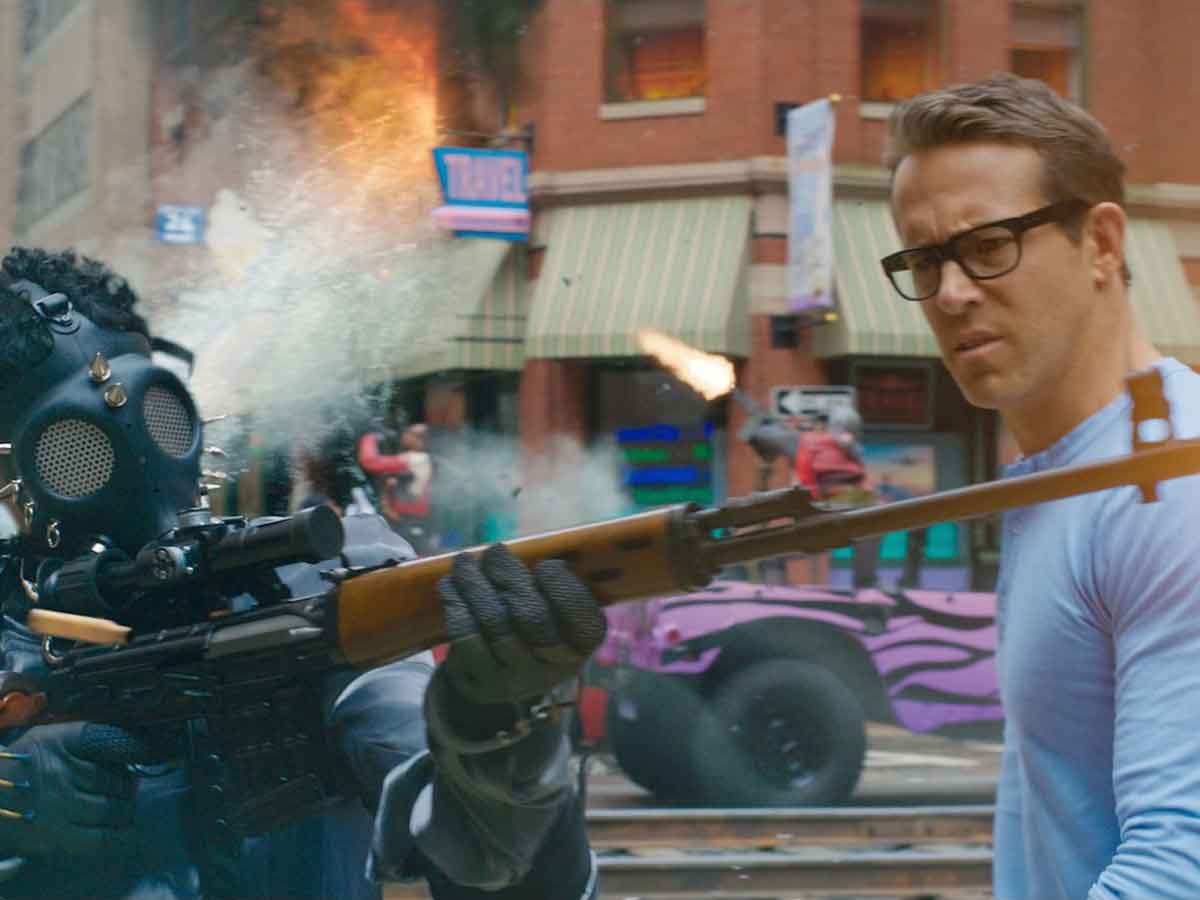 On August 18, the long-awaited new film by Ryan Reynolds, Free Guy, opens in theaters and critics who have already seen the film qualify it as "the best video game film ever made."

After multiple delays, Free Guy is finally about to hit theaters. The action comedy starring Ryan Reynolds has generated a lot of buzz thanks to its brilliant marketing, although it has not yet been talked about to the same level as the summer blockbusters already released like Black Widow or Fast and furious. But with a few weeks to go before its premiere, the first reactions to the film are here and it could end up being the biggest surprise of the season.

As a cross between the Matrix and The Lego movie, Free Guy follows Reynolds as Guy, a jolly bank teller who discovers he's an NPC in an open-world video game when he meets Milly (Jodie Comer), one of his programmers who has been introduced to the game in an attempt to prevent publisher Antoine (Taika Waititi) from shutting it down. Joe Keery and Lil Rey Howery also appear, with Stranger Things' Shawn Levy in the director's chair.

Everyone expected it to turn out to be a good movie, but now it seems like it's great. These early reactions are overwhelmingly positive, with praise in particular for her sense of humor, video game feel, and lead performances.

This says the criticism of her

"(Free Guy) is the biggest surprise of the summer!" writes Mike M. of The Nerds of Color. “Funny, charming and downright nice. I really enjoyed it! It's Tron and the Truman Show, with great performances from @VancityReynolds, #JodieComer, and @joe_keery! Don't just have a nice day! Have a nice day!"

Collider's Steve Weintraub thinks Free Guy “could be the best video game movie ever made. In fact, it makes you believe that you are in a video game. Big thumbs up. I am looking forward to seeing him again ”.

Nikki Novak of Fandango says Free Guy “is a pleasure and it will be a success. A video game movie that makes you feel like you're on a VG. RR is the movie equivalent of Ted Lasso (glass half full, full of fabulous lines and very nice). Jodi Comer is a movie star (ahem Marvel). SMART AND ORIGINAL! GALORE SURPRISES! ”.

"(Free Guy) is everything I was hoping for, and something more," shared CinemaBlend's Mike Reyes. “@ShawnLevyDirect & @VancityReynolds have created a universe that is scathingly satirical and poignant hilarious. I loved this movie and can't wait to see it again, because there are moments that will absolutely KILL the audience. "

"(Free Guy) is a blast," believes GameSpot's Chris Hayner. “I laughed the entire time, the action was so over the top, there are so many little Easter egg nods to the behaviors of the players and the rules of the cast. I'm looking forward to seeing this one again with a great crowd. "

Clearly, Free Guy is the type of movie that works best when experienced with a packed theater. However, viewers will also be able to enjoy it from the comfort of their home, as after 45 days of exclusive theatrical release, it will be available on Disney +. If you don't have a subscription to the streaming service yet, you can try it here.