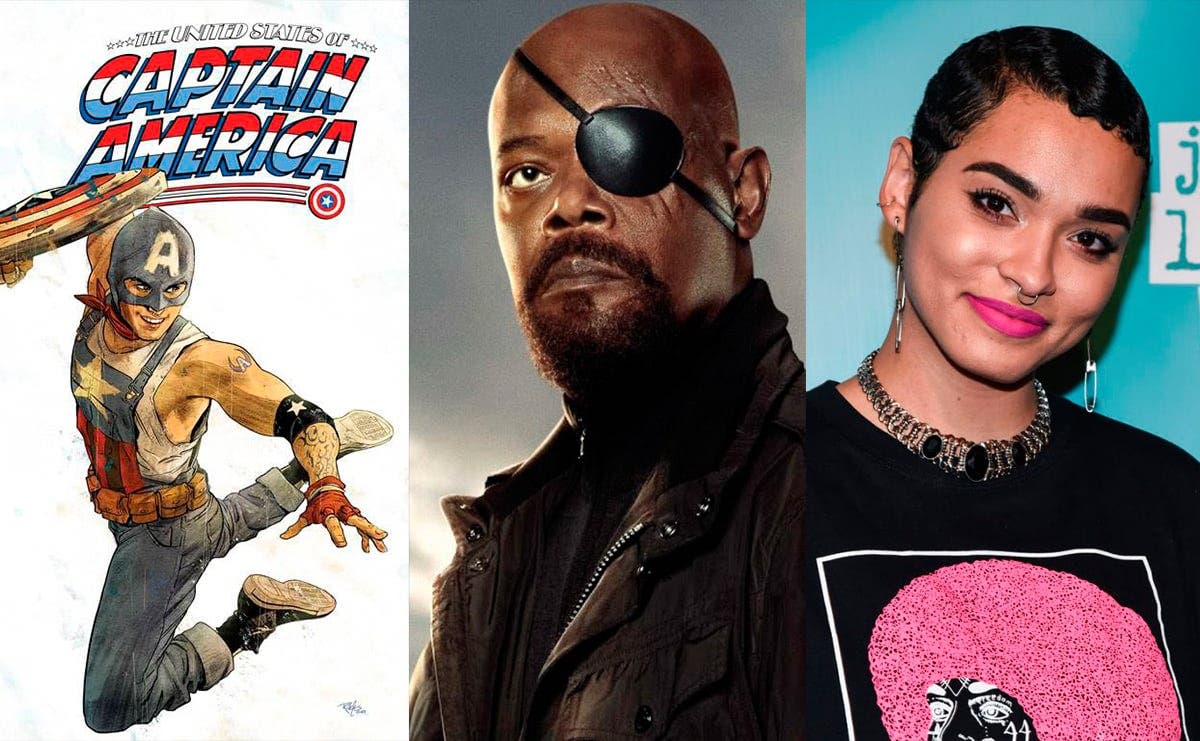 Is Hollywood violating the identity of the characters due to political obligations or is the presence of minorities in all productions necessary and mandatory?

In recent weeks there have been articles related to attempts at inclusion in comics, support for anti-discrimination by the directors of Hollywood and how racism has been fought by superheroes.

However, some comments from readers have raised concerns.

In the publication of the presentation of Aaron Fisher like the new Captain America in the Facebook from Cinemascomics, for example, opinion was present.

"It is understood that you have to try to sell that", "it is no longer a call, it is an obligation" or "it simply compensates them to do it because of the publicity", were some of the phrases of the followers.

This is why the doubt arises: Is it an attempt to support minorities from Hollywood or is it a great advertising strategy?

While it is true, all humans are the same. Race, sexual orientation, or ideology should not make anyone feel better than another, or humiliate others for their differences.

However, when this has been brought to the entertainment industry, it seems that it has not been done with a philosophical or moral basis, but merely advertising.

Some would even indicate that it has been exaggerated. In fact, this has made many fans uncomfortable who have seen a massive effect happening, mainly in films based on another product.

The characters have an identity in their original versions (books, comics, previous films, history or video games), but what about when it is violated for being "politically pleasant"?

This is what has happened in cases like that of Cactus on The Super Chicks. The character will be played by Yana perrault. The inclusion of the actress could have been for talent, but it is not a secret that for many it will have been a mandatory quota to avoid criticism.

In the same way it happened with Halle Bailey, who will personify The little Mermaid in the next live-action.

This has also happened in the comics. In the comics now there are homosexual heroes, of multiple nationalities and racial groups.

This can be positive, as it is shown that there is no prototype to save the world. Any brave with enough skill could do it and that in essence is what it means to include.

However, this creative decision has been criticized because most of these characters could have been created for a noble reason. However, continuity is taken away from them and little by little they abandon them.

Another disagreement from a part of the audience has been the attitude of the Academy towards this issue. It seems that now having a discrimination theme is almost a guarantee to be awarded.

The scandal over the "error" in the publication of La La Land as winner of Oscar, and instead the reception of Moonlight as the true winner of the best film, he set off the alarm bells around this issue in the critics.

Should contribution to the fight against discrimination be taken into account as a factor to make a film eligible for an award? Is this something that does not influence the material that is produced?