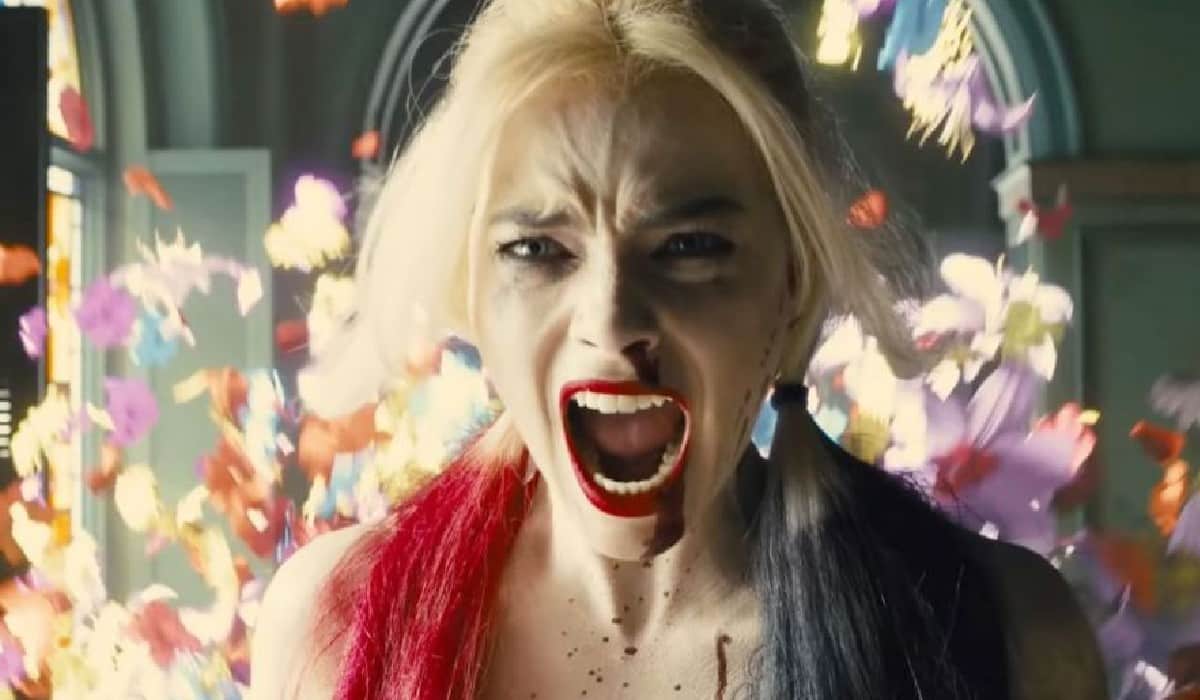 If you have already seen the Suicide Squad movie, many of you will remember the scene in which Harley Quinn escapes from Corto Maltese's palace, killing everyone who stands in her way, while watching cartoons and flowers, (whose explanation you can read here).

Now the film's director, James Gunn has revealed that the flower explosions during Harley's escape were inspired by the video game Lollipop Chainsaw, which he worked on a decade ago with the Japanese developer. SUDA51.

The violence and bloodshed of the scene in question are juxtaposed with an explosion of flowers blooming behind her. As you walk down the hall, vibrant animations and even adorable little birds appear. In a way, it's reminiscent of a Disney princess ... if that Disney princess was a killer psychopath, something we also got to see in the music video for the Grandson & Jessie Reyez movie that you can see below.

It turns out that "Harley Vision," as Suicide Squad production designer Beth Mickle and director James Gunn call it, is inspired by an old video game the filmmaker worked on nearly a decade ago. In statements to Collider, Gunn revealed that the concept of “Harley Vision” comes from the 2012 video game Lollipop Chainsaw, in which he worked alongside prominent Japanese video game designer Goichi Suda (better known as SUDA51).

“Well, I think somehow it's something that… I did in a video game called Lollipop Chainsaw, and I always loved the kind of… In that game, that I did with Suda in Japan, I always loved the way hearts and little things beautiful came out of people mixed with blood. So a lot of that goes back to that, the aesthetic of mixing this hideous gore with Harley's star-eyed way of looking at life and basically creating Harley's vision. So that was something that came up very early. It was in the first draft of the script ”.

For those unfamiliar, Lollipop Chainsaw is a very twisted and action-packed video game about a high school cheerleader / zombie hunter named Juliet Starling on a quest to uncover the root of a colossal zombie outbreak. As Starling fights her way through hordes of the undead with a giant chainsaw, it is not blood that fills the screen, but giant explosions of colorful fireworks, vibrant animations of hearts, rainbows and stars, and even candy that contrast perfectly with violence, much like what we see with Harley Quinn in The Suicide Squad.

You can watch the trailer for Lollipop Chainsaw below.

The Suicide Squad has grossed more than $ 100 million worldwide, and although many could qualify as a box office failure, the figure is not negligible considering the pandemic situation we live in and the simultaneous launch on HBO Max where More than 4,000,000 households (not people) have already seen it.

Welcome to Hell, also known as Belle Reve, is the prison with the highest death rate in the US of A. There are the worst Super Villains who will do anything to escape, including joining the super-secret and murky TaskForce X. Today's mission: act or die. And to achieve this you have to gather a group of supervillains including Bloodsport, Peacemaker, Captain Boomerang, Ratcatcher 2, Savant, King Shark, Blackguard, Javelin and everyone's favorite psychopath, Harley Quinn. Then you have to equip them with all possible weapons and drop them (literally) on the remote island of Corto Maltés, infested with enemies. There, the Squad makes its way through a jungle teeming with militant adversaries and guerrilla forces. On their search and destroy mission, the only sensible person is Colonel Rick Flag but they have Amanda Waller's government technologists tracking their every move. And as always, one wrong move and they're dead (whether at the hands of their enemies, a teammate, or Waller herself). If someone wants to get rich, they must bet against them: against all of them.