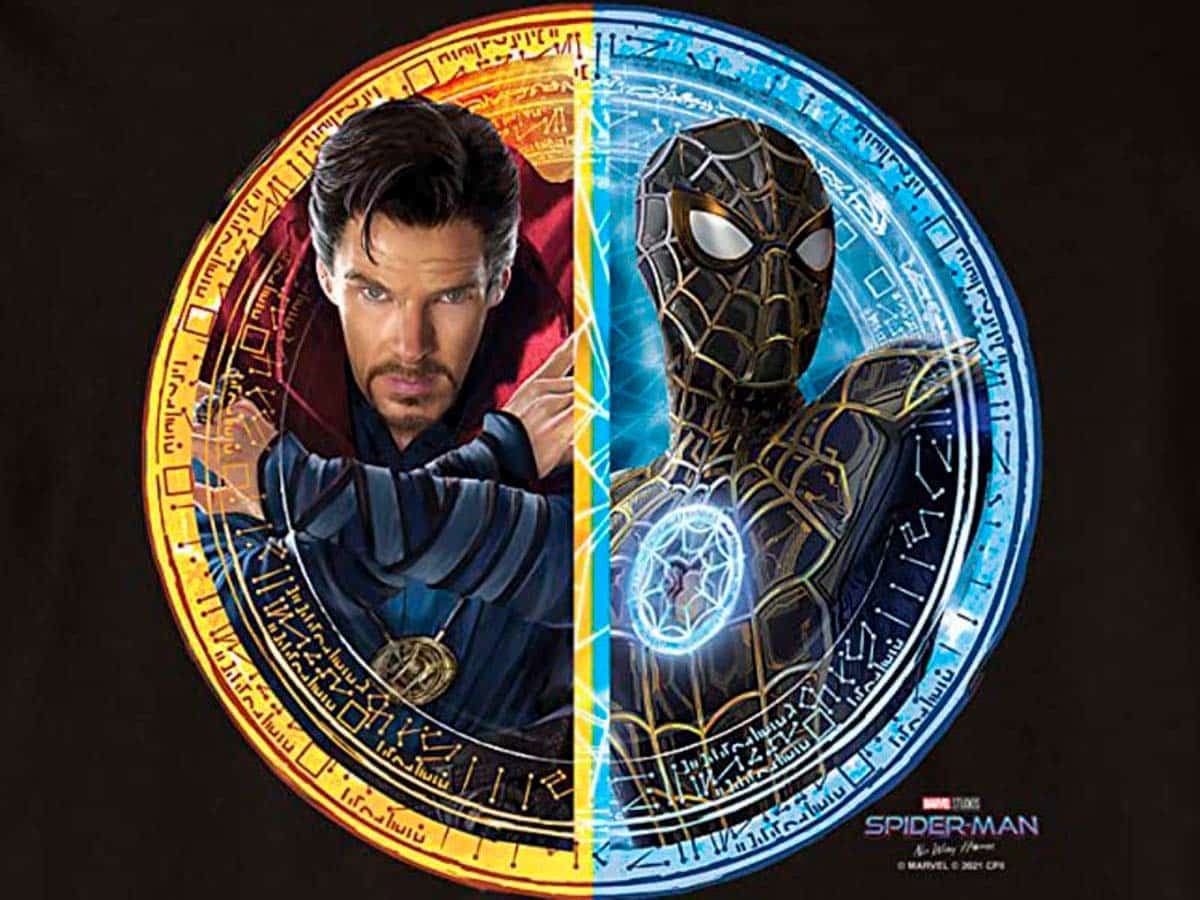 In the absence of a trailer when there are barely four months left for the premiere of Spider-man: No way home, the only advances come to us through the movie's merchandise

Via twitter we get new promotional arts for Spider-Man: No Way Home in which we can see Tom Holland's wall-crawler going into action alongside Benedict Cumberbatch's Doctor Strange.

Nothing is known yet about the elusive first trailer for Spider-Man: No Way Home, but thanks to merchandise materials such as Funkos, Hot Toys, Legos and now with the following promotional arts of some t-shirts from the movie we are getting details at the less of the costumes that the wall-crawler will wear and that Doctor Strange seems to be more important than what could be expected with the multiverse already on the scene.

Illustrations shared by a twitter user Of the t-shirts that will go on sale with the film's premiere, they show Tom Holland's Spider-man going into action alongside Benedict Cumberbatch's Doctor Strange. We also have another look at Spidey's new black and gold costume, which has now been confirmed to work with magic. However, arguably the most intriguing image adorns a T-shirt that shows Peter Parker "unmasked."

At the end of Spider-Man: Far From Home, Mysterio, who is referenced in some of these illustrations, leaked Spider-Man's true identity to the world, and there is much speculation that this is what prompts Peter to turn up. to the Sorcerer Supreme for help.

The plot a mystery

While specific plot details are being kept top secret, we do know that Spider-Man: No Way Home will feature Spider-Man 2 actor Alfred Molina as Doctor Octopus, and Jamie Foxx from The Amazing Spider. -man as Electro, along with returning cast members Zendaya, Jacob Batalon, Tony Revolori, and Marisa Tomei.

Tobey Maguire and Andrew Garfield (among others) are expected to return as their respective versions of Spidey, but that has yet to be made official.

You can see the images below