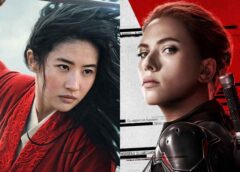 The situation of Black Widow could change, since Disney is waiting to know the success of Mulan on the streaming platform.

Theoretically Black widow will be released in theaters on October 30, 2020, but that could change if Mulan is a success in Disney +. Since they know that Tenet So far it has only raised about 143 million dollars worldwide because the rooms are not yet at full capacity and people are afraid of the Coronavirus. Therefore, it can be much more profitable for them to get everything to Disney +, especially if people pay $ 30 to see the movies, since it is the additional price they have set for the live-action adaptation of the animated classic Mulan.

Some time ago Disney I affirm that Mulan would not mark a change in their business model and Black widow It would still have a theatrical release, but a new report indicates that top brass are waiting to see what kind of numbers the movie pulls out on the Chinese warrior before making a final decision on the long-awaited solo debut of Scarlett Johansson.

For now it is succeeding… Will it be enough?

Mulan is already the number one title in Disney + despite cost 30 dollars. So if the film generates enough revenue to justify its decision to remove it from theaters, then the studio could decide that the next film of UCM it is ready for a similar treatment. Because if people pay to see Black widow at home, that money is entirely for Disney, however what the movie ticket costs is diluted among theaters, distributors, etc … and therefore it is normal for the movie studio to consider this option. But without a doubt, this would totally change the form of entertainment and would be a tremendous stab at movie theaters.