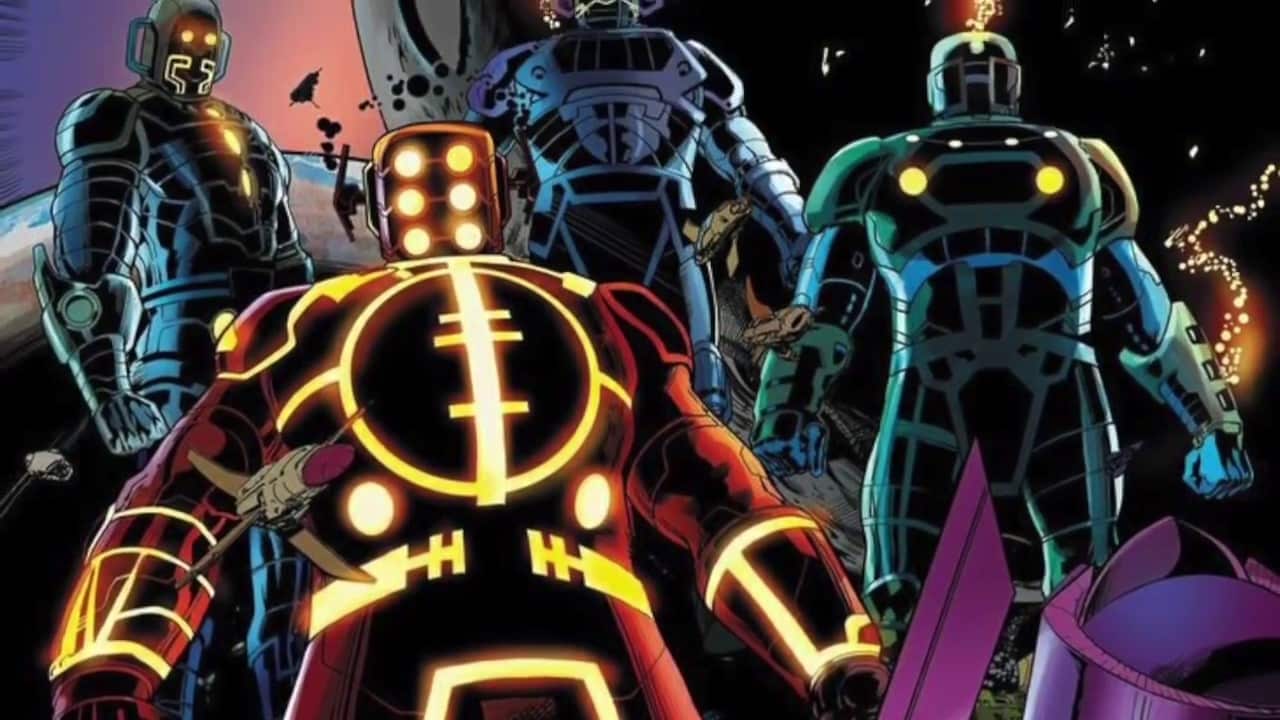 New promotional images of The Eternals have been leaked that show us the appearance of the Celestials, Nezarr, Hargen and Jemiah

Some images from the movie The Eternals have been seen on social networks that reveal what the Celestials will look like Hargen the mediator, Jemiah the analyzer and Nezarr the calculator.

Marvel has yet to release any official photos or posters for Eternals, but because the movie was originally supposed to hit theaters in November 2020 before being pushed back for a full year, the promo art and merchan already planned is still the source of many of the images of the costumes and the synopsis that we have been able to know during this time.

These latest images give us possibly the best look at some of the Celestials we'll see in the movies, the ancient entities with incredibly powerful energy and matter manipulation abilities that existed long before the Marvel Cinematic Universe galaxy began to take shape. . Here we see Hargen the Measurer, Jemiah the Analyzer and Nezarr the calculator.

New Looks at the Celestials for the Eternals including Nezarr the Calculator👀👀 pic.twitter.com/ShU84lUQzZ

“Well, there are several movies for Los Eternos. I had to assign some for the scale of the movie. But I think for the action sequences, where I had a lot of fun working with such a great team, I wanted to make a lot of reference to The Revenant, "Zhao told The Playlist. “The Revenant is a movie that I love. And I think we've seen The Revenant so many times, in every meeting, when we get to our action sequences, because most of those sequences are shot on location. And I love how immersive and the way the script and sequences feel in The Revenant. It's definitely a movie we aspire to. And Marvel really, really supported that idea and really did. " Zhao's latest film, Nomadland, is nominated for Best Picture at the Oscars.

Marvel Studios Eternals presents an exciting new team of superheroes in the Marvel Cinematic Universe, ancient aliens who have been living on Earth in secret for thousands of years. Following the events of Avengers: Endgame, an unexpected tragedy forces them out of the shadows to rally against humanity's oldest enemy, The Deviants.