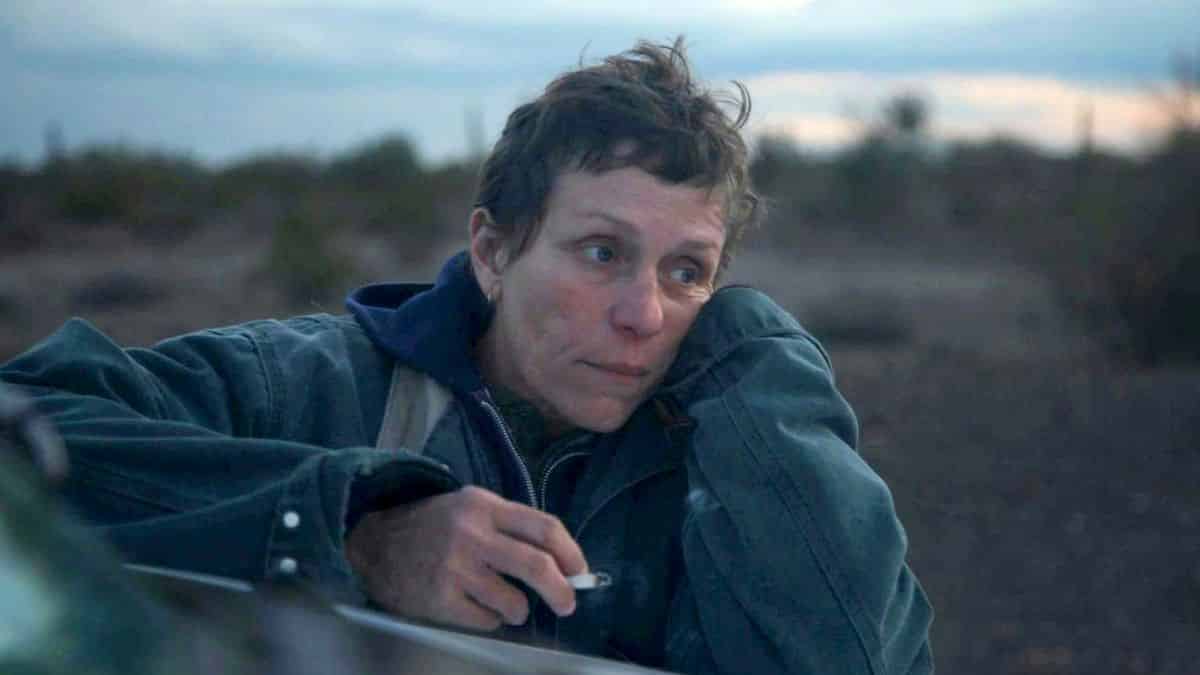 Nomadland, the film that won three Oscars last weekend, can be seen starting tomorrow on Disney + at no additional cost

Nomadland stars three Academy Award winner Frances McDormand (Nomadland; Fargo; Three Billboard Outskirts), David Strathairn (Good Night, and Good Luck) and real-life actors Swankie, Bob Wells and Linda May, who appeared in the acclaimed book of Jessica Bruder, that Chloé Zhao (The Eternals) has adapted for the big screen and that starting tomorrow can be seen on Disney +.

The film tells the story of Fern (McDormand) who, after the closure of a mining operation that ruins an entire town in Nevada, packs his bags and, aboard his truck, embarks on a journey off the beaten track and off the beaten track. the archetypes of today's consumer society. And on that journey, Fern is going to become a modern nomad. The film is produced by McDormand (Oliva Kitteridge), Peter Spears (Call Me by Your Name), Dan Janvey (Beasts of the Wild South), Mollye Asher (The Rider) and Zhao (The Rider). Zhao has also been in charge of editing the film, with Joshua James Richards (Tierra de Dios) as director of photography and production designer, and with the sound team of M. Wolf Snyder (The Rider), Sergio Díaz (Rome) and Zach Seivers (Assassins).

The film recently swept the Oscars with Best Picture, Best Direction for Chloé Zhao and Best Actress for Frances McDormand.; in addition to triumphing at the Golden Globes with awards for Best Film (Drama) and Best Direction for Chloé Zhao. Other accolades include the Audience Award at this year's Toronto International Film Festival and the Golden Lion for Best Film at this year's Venice International Film Festival. In addition, Nomadland received the Film of the Year award from the London Film Critics Association where Chloé Zhao was voted Screenwriter of the Year and Frances McDormand Actress of the Year.

Nomadland will be available on Disney + this Friday, April 30, at no additional cost within the new generalist Star offer, If you are not yet subscribed to the platform, you can do it in the following linkand.