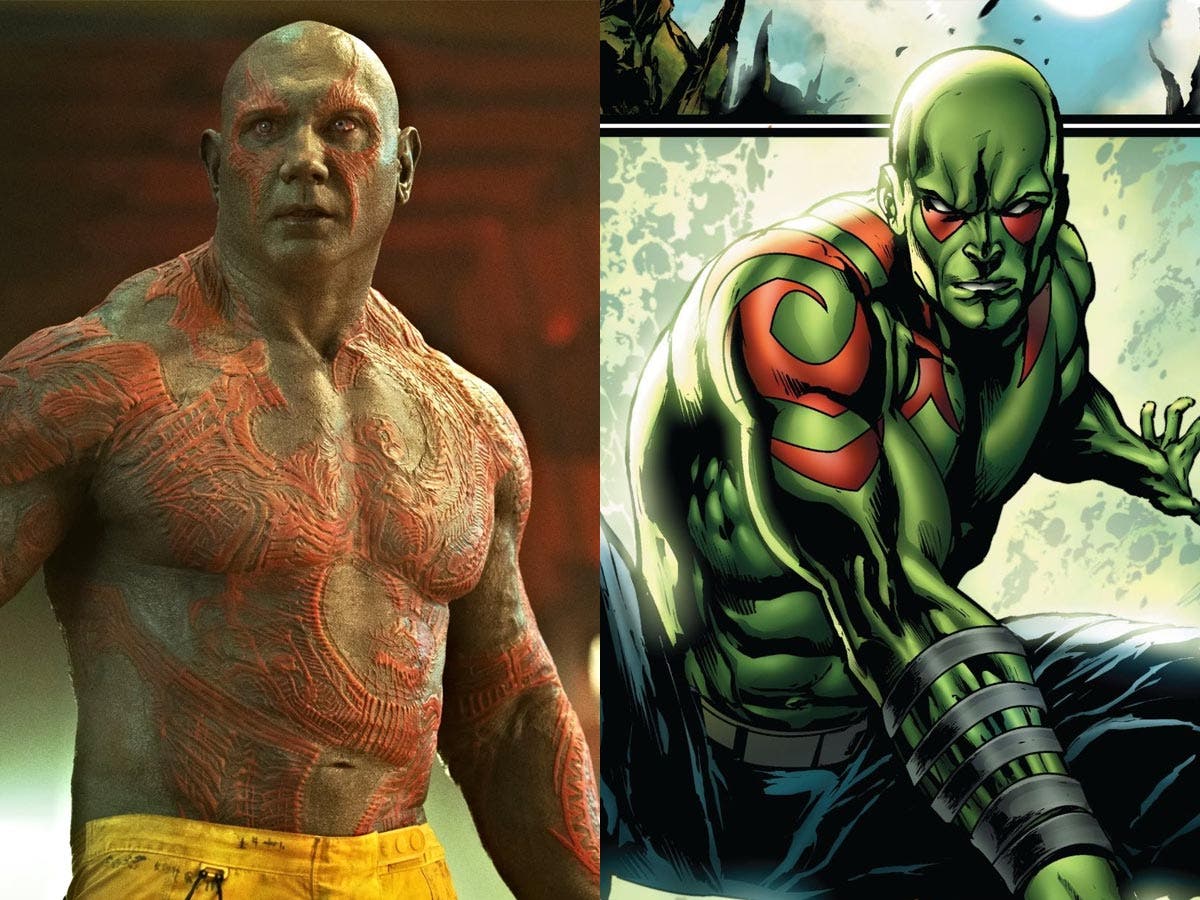 In the comics, Drax is usually depicted green with red stripes, but in the Guardians of the Galaxy movies he is gray with red details.

In 2014, James Gunn He did something amazing, he took some little-known characters from the comics and transformed them into the most popular team in the world. Marvel Studios Cinematic Universe. Now they are preparing the third installment of the Guardians of the Galaxy and it will probably be a great adventure full of action and a lot of humor. That is why there is so much desire to see again Star lord (Chris Pratt), Gamora (Zoe Saldana), Drax (Dave Bautista), Rocket (voice of Bradley Cooper), Groot (voiced by Vin Diesel), Mantis (Pom Klementieff) and Nebula (Karen Gillan).

Now we know why Drax is not green.

Director James Gunn He is addicted to social networks and he usually replies to fans on twitter. When asked why Drax (Dave Bautista) it was not green in Guardians of the Galaxy. This was the conversation:

“There were already enough green people at Marvel Studios and green is the hardest color to come by to look like real skin. We tried a lot of colors and gray just looked better for the character. "

Another fan commented: “Now I wonder about Gamora's skin. How difficult was it to achieve, in terms of color and texture? "

To which James Gunn replied: “The worst. Total pain. I almost made it blue. But, you know, Avatar vibes. "

While another person joined the conversation and said, “Gray really worked well on Guardians of the Galaxy, for the record. The red markings were super cinematic: they stood out, I think, better in ash gray than green. "

James Gunn concluded: “Oh yeah, you just reminded me of another reason why I didn't like green in some of the early designs. Drax seemed too Christmas for my liking (although I love Christmas).

All movies of Marvel studios in which the Guardians of the Galaxy can be seen in Disney Plus by following this link.