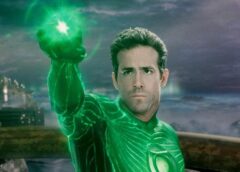 A few months ago, a rumor linking Ryan Reynolds to the Justice League began to spin. Recently, the actor spoke about this possibility with the humor that characterizes it.

In the era where everything happens on the internet, rumors regarding big entertainment productions are always a favorite for users. A few months ago, there was talk that Ryan Reynolds could go back to being the Green Lantern for Justice League. After such a stir, the actor decided to talk about this rumor. Of course, with that humor that characterizes him so much.

Everyone remembers how it was for Ryan Reynolds be part of DC. Green Lantern represented one of the worst movies and left quite a bitter taste in the critics and fans. Once the actor managed to clear his name thanks to Deadpool, he found the perfect gap to make fun of the decisions he made in the past, including the so-called guardian of the universe.

Will we see it again?

Although this DC movie turned out to be a disaster, several rumors have circulated that Ryan Reynolds could appear in Zack Snyder's cut. And as if that were not enough, it has also been said that it could appear in the Dwayne Johnson film, Black Adam. In this way, the actor decided to echo these rumors and the inquiries of fans.

"I will not be playing Hawkman in Black Adam. Although I must say that I will do whatever La Roca tells me to do. On the other hand, I would love to be in Zack Snyder's Justice League movie and I have heard that I am actually already part of it. #SnyderCut ”, he wrote with the sarcasm and humor that characterizes him.

I'm not playing Hawkman in Black Adam. Although I generally do whatever the hell @TheRock tells me to do. I would however love to be in Zack Snyder’s Justice League movie and I’ve heard I may already be in it? #SnyderCut

Clearly Ryan Reynolds' response was in derision and humorous, but what caught his attention was how many fans replied that they would be happy to see him again as the Green Lantern. Will this possibility ever exist?