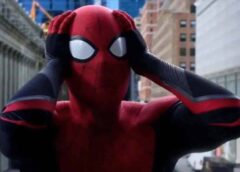 Sony's chairman says the studio won't risk releasing $ 200 million movies during the pandemic, and says they're learning as they go.

Sony Pictures Entertainment president Tony Vinciquerra says the studio will not risk releasing $ 200 million movies during the pandemic, and says they are learning as they go.

The coronavirus pandemic has wreaked havoc around the world in recent months, locking people in their homes and shutting down entire industries, with Hollywood being one of the worst hit. Productions closed in mid-March and have just started again, while all the big blockbusters scheduled for release in the summer of 2020 were delayed or moved to streaming when all theaters closed their doors.

Now that certain networks have started opening, though not in key US markets like Los Angeles or New York, studios have started releasing movies again, with New Mutants and Tenet taking a new tiered approach to release. Tenet, Christopher Nolan's latest blockbuster, released internationally in the last week of August and released in the US last weekend. It will continue to open on more screens as they become available, a strategy Warner Bros hopes to mitigate against its initial low numbers. The $ 200 million movie made just $ 10 million in its opening weekend, but studio executives are playing it long, hoping to give it a long shot in theaters to get their money back.

Now, Sony Pictures has wanted to comment on the issue, and its president, Vinciquerra, said at a Bank of America 2020 Conference for Media, Communications and Entertainment (through The Wrap) that they will not risk releasing large-scale films. budget while cinemas are still affected by the coronavirus pandemic. In a not-so-subtle comment on WB's decision to release Tenet, Vinciquerra says it would be a “mistake” to release an expensive film until theaters are at full capacity. You can read their full statements below.

What we won't do is make the mistake of putting a very, very expensive $ 200 million movie on the market unless we are sure the theaters are open and operating at significant capacity. You will see a lot of strange things happen over the next six months in how movies are released, how they are scheduled, how they are marketed, but once we get back to normal, we will have learned a lot, I think I found ways to do things that are something. different and, hopefully, better. We have a movie coming out this weekend (Broken Hearts Gallery), a little movie, which I think will do quite well.

Vinciquerra went on to say that the pandemic will not only affect the way films are marketed and distributed, but the way films will be made in the future has changed forever. Citing the new security protocols that exist on sets, the Sony Pictures president says productions will be “more expensive” due to increased testing, and that they will also be more “efficient” as fewer people are needed on the set. set will be paramount. Therefore, it is very important that these films are considerable successes and pay back the investment of the studio, which means that waiting until a later time is a smarter strategy.

What the news means for Sony's big box office hits, like the third untitled Spider-Man movie, Ghostbusters: Afterlife or Morbius, is unclear. The movies were delayed by the coronavirus pandemic, and as things stand it doesn't seem like normalcy will return until next summer, so Sony will have to come up with an alternative release strategy. Whether that means releasing them on VOD for a premium amount or taking the risk of releasing them in half-empty theaters, something will have to be decided. What is clear at this point, however, is that Hollywood is clearly going to change forever as a result of this pandemic.