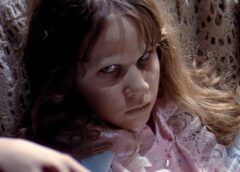 Reboots are already very common in our time. Now it was the turn of the acclaimed horror film, The Exorcist.

Since its release in 1973, The Exorcist, directed by William Friedkin, has become one of the most important classics in the history of horror movies. Linda Blair and her possessed Regan are an icon of popular culture and their enormous success was the starting signal for a saga that includes two sequels, a prequel and even a television series. And others, he is already preparing his return to the big screen. As reported by Movieweb, the franchise will have a reboot that will hit theaters in 2021.

Morgan Creek Entertainment will be the production company in charge of bringing Father Merrin and the devil back, although it has not revealed more details than the premiere forecast, so we do not know who will direct, write and less will star in the reboot, if at all of one itself or it will have some kind of connection to the original movie.

A classic of cinema

The Exorcist is based on the homonymous novel written by William Peter Blatty about the fateful events of the demonic possession of Regan MacNeil, a twelve-year-old girl, and the exorcism to which she is later subjected. Regan (Blair) begins to behave strangely and her mother (Ellen Burstyn) finds no answer in traditional medicine. Then a local priest, Father Damien Karras (Jason Miller), suggests a possible demonic possession and asks Father Lankester Merrin to perform an exorcism. Merrin was played by the mythical Max von Sydow, who died this past March at the age of 90.

With a budget of 12 million dollars, high for the time, and although no one had high expectations, The Exorcist grossed up to 428 million at the box office, 1.9 in its opening weekend, and was nominated for 10 Oscars, including best film, of which he managed to win 2: best adapted script and best sound. Adjusting for inflation, "The Exorcist" is the ninth highest grossing film in the United States and Canada and the highest grossing R rating of all time.