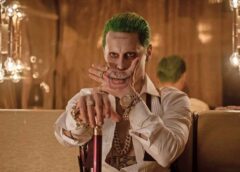 Film director Zack Snyder shares his thoughts on Jared Leto's Joker that we saw in the Suicide Squad movie (2016).

To the director of The Man of Steel (2013) and Batman v Superman: Dawn of Justice (2016), Zack Snyderhe loves the Joker by Jared Leto. Although the movie David Yesterday premiered in 2016, it has recently been a huge topic of conversation among fans of DC Comics. As HBO MAX will release the version of League of Justice 4 hours that will respect the original version of the director and many wonder if the same could happen with Suicide Squad.

One of the characters most affected by the changes of the directors of Warner Bros. in the movie Suicide Squad it was Leto's Joker. In fact, David Ayer has said that "most" of Leto's work has not been seen. Significant alterations were also made in the relationship of Harley Quinn and Joker. Also, in the other version, the Joker makes a deal with the Enchantress, causing Harley to confront him and side with his friends. Which means that the great villain of Batman had a much bigger role. Also now Zack Snyder has given his opinion on the character.

A user of the social network Vero asked Zack Snyder about Leto's Joker and if he would have liked him to have more interaction with Ben Affleck's Batman. The director replied: "I always loved him" Something that director David Ayer shared on twitter.

It had its influence in Batman v Superman: Dawn of Justice.

Although Jared Leto's Joker did not appear in the Zack Snyder movie, it did have an impact on Ben Affleck's Batman. Since he makes a reference when talking to Superman and also the Dark Knight keeps a Robin costume with graffiti made by the Joker. Since it is supposed to have killed him and that caused a great crisis in Bruce Wayne. Also during the production of both films, Zack Snyder always praised the performance of actor Jared Leto.